There are a number of obvious factors to consider when opening a new restaurant location. For example, picking a spot on a thoroughfare with high traffic counts is a major bonus, as is good visibility from the street.
But smart site-selection decision-making should also take some less obvious things into account. With that in mind, here are seven questions for restaurant owners to ask in the process:

1. What kind of restaurant do you want to open?

2. Where would customers come from for this location—from home, from work, or as part of a shopping trip?

Understanding this is critical in determining how well the location would do for breakfast, lunch and dinner. Some restaurants fail because they were counting on all three meal periods being busy, when in actuality, there was only significant demand in the immediate geographic area for one or two meal periods.

As an example, let’s say a new restaurant is located in the heart of a shopping center that opens at 10 am, and retailers are the only major draws for customer traffic. In this situation, breakfast from 7 am to 10 am may not work unless the restaurant can quickly build a following through its own marketing program.

3. Are there demand generators in the area?

When conducting menu research for a new restaurant, canvass the area and create a spreadsheet looking at all the demand generators: highways, residential communities, parks, stadiums, universities, hospitals, movie theaters, and the like. These features will determine how many people come to your restaurant and when.
In the spreadsheet, list primary target markets by demand generators, and then target markets by day part. The same person may be looking for a completely different dining experience for a Tuesday lunch versus a Saturday dinner. Consider the primary reasons that cause the target audience to buy or not to buy, such as parking availability. Multiply how many covers you can do by week part, by day part, by week of the year (you’ll do 52 calculations) and see if you can make your investment work.

4. How many people are in the area, and how accessible is the location?

It’s important to study a radius of a certain size around a potential location, but instead of looking only at distance, also look at commute times. In a busy urban area, a potential customer might be only two miles away, but that could be a 20-minute drive during rush hour–hardly an appealing prospect for nearby office workers who want to pick up something quick before they go home. Be sure to also consider access to public transportation and foot traffic.

Also, take the time to understand where people are located within the cluster being analyzed. If a significant number of potential customers are clustered two miles away as opposed to a half-mile away, that matters. So every group of potential customers shouldn’t be given the same weight as a restaurant studies the area around a location.

5. Is there a healthy amount of competition in the area?

There is a misperception among some restaurant decision-makers that nearby competition is automatically a negative. But that isn’t necessarily the case. Having a number of quality restaurants in close proximity can create a trade area where a rising tide lifts all boats, as the saying goes.

That said, there is a point where there’s too much competition in an area for a new restaurant to succeed. It’s important to recognize that tipping point and to avoid an overly crowded location.

6. Which characteristics are most important for ranking a site?

7. How early is too early to narrow down the options? 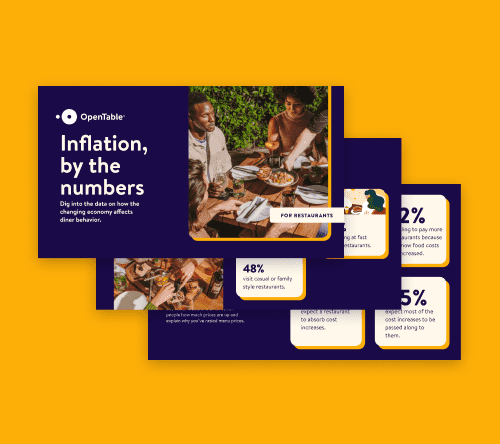