Denver: home of gorgeous ski slopes, cannabis connoisseurs, and—as of late—one of the fastest-growing restaurant scenes in the country. Thanks to a major wave of redevelopment and a big population increase, Denver is becoming one of the coolest cities to live in and visit—and a number of chefs are flocking to the newly minted food destination.

If you’re thinking about setting up shop in the Mile High City, check out these tips from some of the city’s biggest restaurant power players.

As a city, Denver is booming big time, and for lots of different reasons. The economy has remained relatively steady amidst dips across the rest of the country. The city is a relatively affordable market for living (meaning it is a less risky spot to open a restaurant). As Lon Symensma, chef of the Denver spot ChoLon says, “Instead of slogging it out in New York, you can open a restaurant and stick out more easily here.”

It’s becoming an enormous hub for tech start-ups—so much so that the city is now referred to as the “Silicon Mountains.” Plus, the quality of life has never been higher. “You can be golfing in the morning and up in the mountains in the afternoon,” Symensma says. “It’s like this secret gem—though lots of people are catching on now.”

And then, of course, there’s the fact that Colorado was one of the first states in the U.S. to legalize recreational marijuana, a move that “has drawn a lot of attention to the state and brought more people here,” according to Aileen Reilly, co-owner of Coperta and beast + bottle. “It put Denver on the map as a place people know about—20 years ago I would say I was from Denver, and people wouldn’t know what I was talking about.”

All of these developments, for the most part, have been really excellent for the hospitality scene. The legalization of marijuana, for example, has brought in the kind of people who are “adventurous and more forward thinking when they dine—those people want to give every restaurant a shot,” says Symensma.

And whereas a few decades ago, Denver was the kind of place where “everyone looked the same and dressed the same and ate similarly,” the city is now extremely cosmopolitan, he says.

“People go out to bars on their nights off, and are circling their whole night around the experience of going to dinner,” says Dan Skvarca, proprietor of Mercantile. “Denver attracts people who want to be out of the house and aren’t just looking for a bite, but for a really great meal experience.”

And, even though the restaurant scene may now be on par with bigger cities like New York or San Francisco, the industry remains relatively easy to navigate and not nearly as cutthroat, according to Symensma. “As long as you have a good concept and your vision is clear, you will do well,” he says. “In New York, you can have the same two restaurants and one succeed and one fails—you don’t see that here as much.” Also, whereas in other cities, some neighborhoods just aren’t as conducive to being restaurant hotspots, “all the neighborhoods in Denver are busy,” Symensma says. “There is no part of town that is slow.”

As Skvarca so aptly puts it: “Denver is open for business, and the city is embracing the growth.”

While the city is certainly trending upward in terms of culture, there are still relics from the past few decades that linger on. For example, “Denver is very much still a happy hour or value-driven market,” Symensma says, especially in the face of the rising cost of living in the city. “People want a certain portion size, or they want to be able to get a discount on something. That can be tricky.”

He also says that Denver used to be primarily a “steakhouse city,” and that people can still be hesitant to try a concept like small plates that isn’t centered on the traditional meat and potatoes style of eating.

Reilly says that the weather can be both a blessing and a curse in Denver. It’s nice pretty much year-round, she says, but it can also be wildly unpredictable: “It can go from 80 degrees one day to snowing the next,” she says. As a result, it’s hard to predict with exact certainty what your restaurant’s foot traffic might regularly be.

There’s also a particularly wide range of ages living in Denver, as the city is home to college students from nearby schools, as well as young families, retirees, and everyone in between. This can make it hard to pin down a concept that will be universally well-received, Reilly says.

A final, peculiar Denver-ism: “People are very loyal to their neighborhood,” Reilly says. “It can be hard to get people to come out—it’s always a huge win when we get people to come to our spots from different parts of the city.” 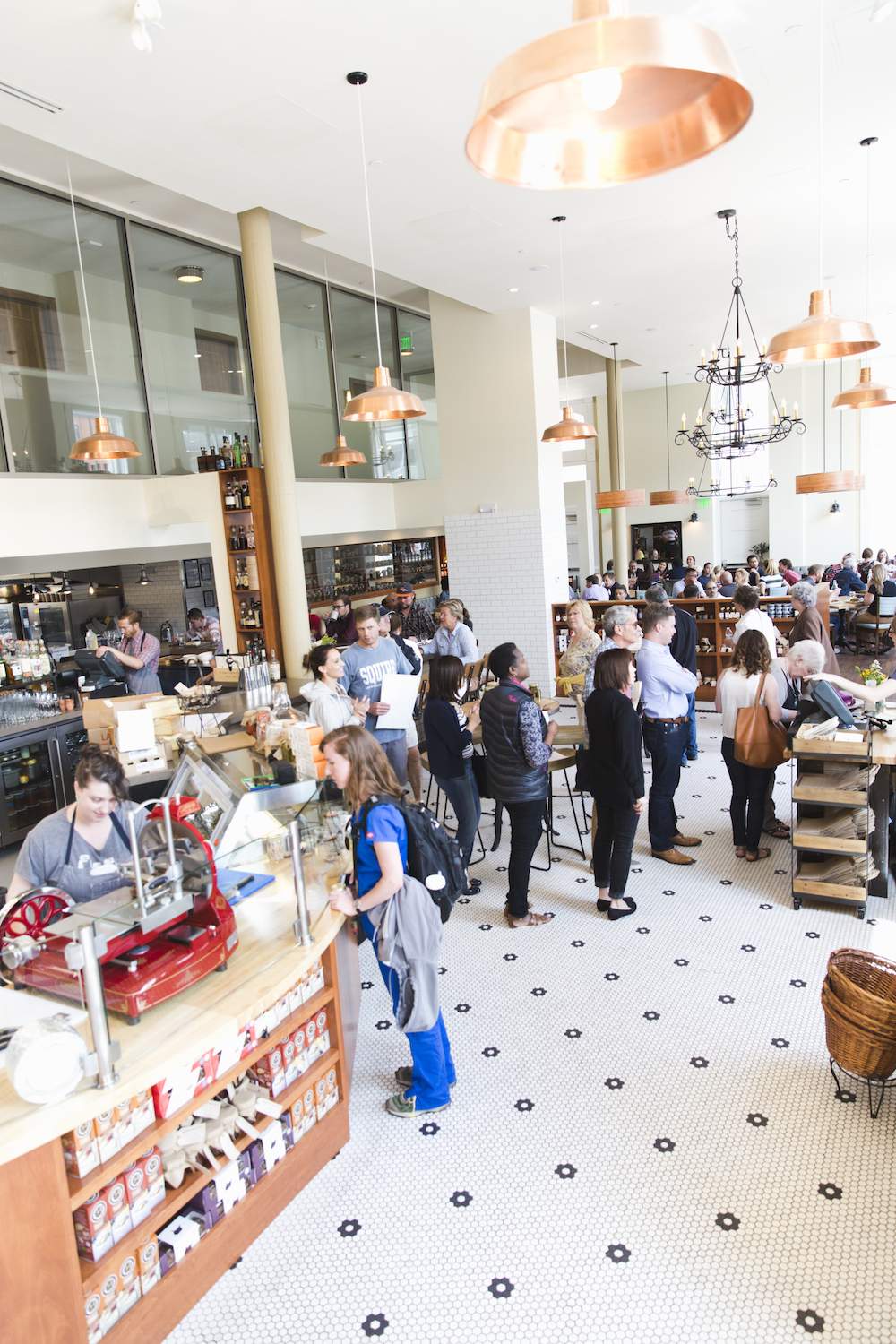 Simplify your menu language. Unlike a place like New York, where diners love discovering lesser-known ingredients or words on a menu, Denver-ites like for dishes to be put in familiar terms. “People will be more willing to try new things if they can connect with something on the menu,” Symensma says.

Find staffers that are in it for the long haul. “There are a couple hundred restaurants opening yearly in Denver,” Skvarca says, but not a lot of people who come to the city specifically to work in the hospitality industry. “We have been lucky to find a really dedicated team, but rounding it out with engaged people that want to grow with us has been a challenge.”

Allow plenty of time for your permit. According the Reilly, the influx of construction in Denver has led to a very backed-up permitting department—so much so that getting a permit can take up to a couple months extra to obtain, Symensma says. Make sure you are planning ahead, and scheduling your opening date accordingly.

Broncos games are always a dead time. “When there is a [Denver] Broncos game, you might as well throw in the towel,” Symensma says. “This is a football town. We do half the business we normally would on game days.”

Be prepared for a cash economy. Symensma says that the legalization of marijuana is mainly a cash business, which means that in Denver, cash transactions are far more popular than credit ones—an aberration from the tendency across most other restaurant cities. While it may be tempting to just switch to a simple system like Square, it’s worth it to go old school in this particular realm.