Atlanta has always been one of America’s major metropolitan hubs—but up until a few years ago, people seemed to care way more about its sports teams than its restaurant scene. While those die-hard sports fans aren’t going anywhere, nowadays Atlanta is constantly in the dining news, as the spot for the next new food trend, up-and-coming chef talent, or boundary-breaking restaurant. The restaurant scene is booming in Atlanta, and residents only seem to be clamoring for more. Interested? Here’s how to best navigate this thriving dining town.

According to Ryan Turner, a partner in the Unsukay restaurant group, ever since the 1996 Olympics Atlanta has captured the world’s attention. And that’s evident in the numbers: the population has over doubled, the number of corporations moving to Atlanta has increased dramatically, and the city is becoming a center of industry—particularly in the automotive and airline realms.

The numbers have also grown on the restaurant side: Turner says that when he first moved to Atlanta, there were only six restaurants within a mile of his neighborhood — now there are more than thirty. He made a bet opening his first restaurant “in the middle of the recession, when no one was opening at the time,” but saw that the demand in Atlanta was only rising.

“There are so many pockets in Atlanta with concentrations of wealth, and some of the best zip codes for finding people with discretionary income who dine out in the country,” he says.

Stephanie Castellucci, co-owner of the Castellucci Hospitality Group, says that Atlanta is “one of the most diverse markets. There are so many guests from around the world, a lot of transplants, a lot of neighborhoods, each with different kinds of people.” And these are guests who know quality, and are willing to pay for it. “Diners are looking for food that is sourced with integrity and made with love,” Turner says. “They want to know where the food came from, they’re not just looking for transactional food.” Castellucci, whose first restaurant was primarily Mediterranean, recalls putting octopus on the menu in 2005, but getting little to no interest in the dish from diners. “Now, there’s been this cultural shift,” she says. “People know more about cuisines and restaurants and are opening up more to unique ingredients they haven’t tried before. Octopus is now ubiquitous on so many menus in this city.”

Atlanta, too, is a great hub for sourcing quality ingredients. Turner says there are tons of independent operators, great farms, and in general no shortage of “access to really great product—and no lack of talent who can take that product and turn it into something wonderful,” he says.

Finally, in a southern city like Atlanta, having a great hospitality industry comes naturally to the culture, Turner says. “Creating comfort is a big deal here,” he says. “There’s great food in this city, but also a great ability of restaurants to connect with guests. The people angle matters.” 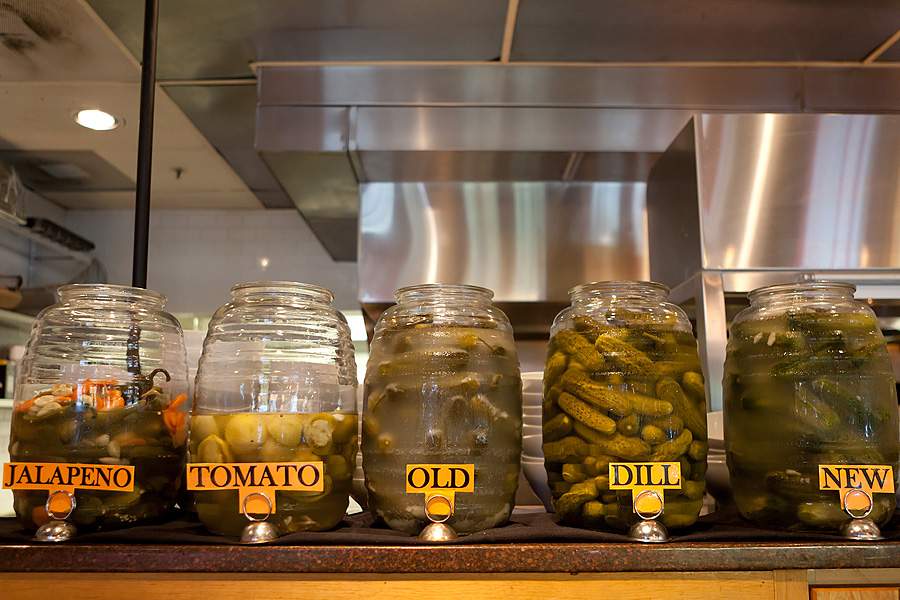 As with any city with a burgeoning food scene, over the past few years Atlanta has become overrun with restaurants—so much so that, according to Turner, “a lot of restaurants are seeing negative guest counts. Sales are slightly down.” The opening costs, too, have “exploded” across the board, says Jason Raymond, Director of Operations at Drift Fish House & Oyster Bar. “In Buckhead alone, 120 restaurants opened in a seven-month period,” he says. “Maybe 20 to 30 percent have made it, because the market is saturated.”

In addition, as a result of two major sports stadiums in the process of being built, construction prices are up, Turner says. This means that landlords are less likely to take a chance on an up-and-coming chef wanting a short lease, according to Ford Fry, chef/owner of The Optimist, along with several other acclaimed restaurants in the area. “Landlords are looking for big guarantees on their space, and that’s hard for young talent,” he says. “You see people not being able to get their own places because they don’t have the ability to guarantee the big dollars that people want.”

Driving is also a particular challenge. Not only is public transportation lacking, Castellucci says, but also the city is extremely spread out (making it harder for ride-sharing companies like Uber to succeed, despite the practically non-existent taxi business). “People get stuck in their neighborhood and tend not to leave,” she adds. “The big challenge is convincing those guests to come out to your neighborhood and try your restaurant.”

Bet on suburbia. The Atlanta suburbs, Raymond says, are home to the city’s biggest pockets of wealth, but they are often underserved by the restaurant community. “These very affluent neighborhoods will form, and they’ll start with the Chili’s and the Applebee’s, and people will fill these restaurants because there is no place to go,” he says, creating a unique opportunity for the higher-quality, chef-driven spot. “If you show them something that’s good, people will be willing to branch out—we’ve seen that happen,” he says. Atlanta is a city of neighborhood pockets, and “we’re at the point where we can turn each of those into dining destinations,” Raymond says.

Allow more time for your liquor license (particularly if you are opening in suburbia). “Getting a liquor license is not easy,” Turner says. “It’s way different than it would be in a place like the Northeast. It’s a long process. There is a particularly high level of scrutiny. If you have any kind of criminal or bad tax record, you need to know that that won’t go without being scrutinized.” 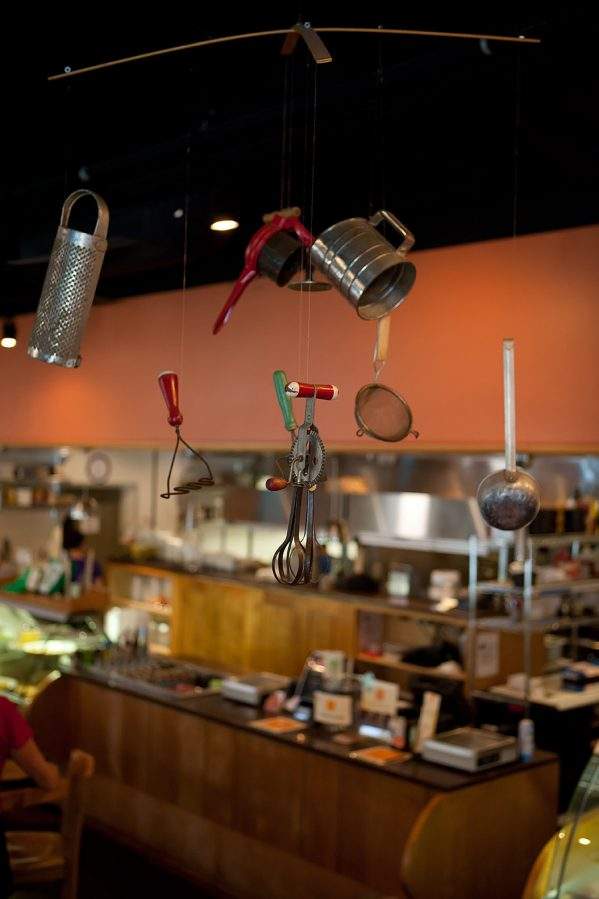 Try to score an old space. To combat rising construction and rental prices, Turner recommends going for what he calls “second- and third-generation opportunities.” “We’ve had a lot of success approaching spaces with operators who didn’t succeed,” he says. “You get some good value.”

Be aware of the specificity in the liquor laws. Castellucci says there are a couple of peculiar, Georgia-specific laws — mainly around alcohol — that all operators have to be mindful of. For example, happy hours have to be framed as beverage specials that last the whole night.

Also, on Sundays, restaurants can’t start serving alcohol until late in the morning — something that significantly affects brunch business. Don’t risk the penalties: stay on top of the minutiae of the laws.

Be extra mindful of pricing. Even in the most affluent parts of town, Raymond says that the population is not used to dropping the big bucks on dinner like they are in New York or San Francisco. “Restaurateurs come out to East Cobb, see a lot of income, try to charge $40 for an entrée, and they close,” he says. “People in these neighborhoods will spend money, but they have money for a reason—they don’t waste it.”

Get to know the seasonality of your area. In a neighborhood-driven city like Atlanta, “the seasonal drop-offs in business are more acute than what you might see in other cities,” Castellucci says. In many neighborhoods, families will leave for the entire summer, or in the fall, Monday Night Football will bring an entire community to a stadium (and away from restaurants). “There is a true seasonality of things here,” she says. Raymond adds to be especially mindful of sporting schedules: “It’s not just professional and college level—high school sports have the exact same effect. If there is a big high school game you will see a huge decrease in business in a lot of neighborhoods.”

Don’t be an absentee owner. “Atlantans are very loyal to the local restaurants where they know the chef and the owner,” Turner says. “You’ll notice that celebrity chef restaurants have had a lot of trouble—because people want to connect with you as an owner. That takes time and effort. You have to be willing to do that.”

Being close to parking is an absolute necessity. In a city like Atlanta, where cabs are sparse and the ride-sharing industry is underdeveloped, everyone drives. “If you don’t have viable parking options, people simply won’t check you out,” Castellucci says. Fry recommends pulling up your restaurant’s location on Google Earth and “looking at the accessibility of your restaurant from different neighborhoods. Take your time to find that gem of a building, but make sure it is easy to get to from multiple areas of the city.”

Get on a delivery app. Atlanta being a driving city, the mobile delivery business there is booming. No matter what kind of restaurant you are, Turner suggests looking into being a part of a service like GrubHub or DoorDash, saying that “people are just getting sick of driving to eat—more and more folks are interested in just getting the food to their home.”