OpenTable innovates to help restaurants do what they do best—better. That means adding features that not only respond to restaurateurs’ needs but also help them adapt to the changing realities of the industry. This series puts a spotlight on recent innovations from OpenTable and how we built them to help restaurants thrive.

At a busy restaurant, the phone never stops ringing. That’s why some have ditched phones altogether. After all, there are fewer team members available to pick up the line and less time for fielding questions about where to park or whether there are vegan options.

A ringing phone can be stressful for the team, and it’s even more frustrating for the guests making the calls. That’s why we introduced direct messaging. It’s a faster, easier, and more convenient way for guests and restaurants to chat before and after a reservation.

Why we built it

Before direct messaging, guests often picked up the phone or sent an email to talk with a restaurant. In our research, restaurants told us they can’t easily communicate with diners about their upcoming reservations this way.

Restaurants reported that they often miss phone calls because team members aren’t available to answer the phones before service. And with messages pouring in through voicemail, email, and sticky notes scrawled by harried team members, it was tough to track and respond to people quickly. In a business centered on service, it hurt restaurateurs to know these calls were going unanswered.

Restaurants needed one central, organized place to manage this essential guest communication. Timely responses are part of hospitality. Helpful conversations between guests and restaurants build trust and loyalty. Based on OpenTable data from August 2022, 42% of restaurants on OpenTable use direct messaging.

Direct messaging has become a must-have feature, and now it’s at your fingertips right in OpenTable.

Restaurants love using direct messaging. In fact, they rank it among their top five most valued features on OpenTable. Benefits go beyond the ease of fielding guest questions and confirming reservations.

We designed direct messaging to look and work like the SMS messages or direct messages in social media that people already use everyday. Guests can get push notifications and emails to alert them to incoming messages from a restaurant they’re visiting. They can view and respond to messages in one central place for up to 14 days after their reservation. This user friendliness makes direct messaging a powerful touchpoint to build relationships and grow your base of regulars.

During direct messaging pilot testing, Sam Jacobs, general manager at PAI Northern Thai Kitchen in Toronto, Canada, used the new feature to save one guest from a major travel headache.

The guest had dined with them the night before he planned on traveling. As the manager was wrapping up after service that night, he noticed a direct message come in from that guest. He had left his passport behind at the restaurant, and needed it before his early morning flight the next day.

“We were able to get the gentleman his passport that same same night,” says Jacobs. He notes that this is the kind of above-and-beyond attention that can make a guest a fan for life. Without direct messages, it wouldn’t have happened. “We had already shut down the phone line for the night,” he says.

Caitlin Donahue, General Manager at State Bird Provisions in San Francisco, agrees. “I love the opportunity to more efficiently and directly communicate with our guests to ensure their absolute best experience with us,” she says.

Building better relationships isn’t the only way direct messaging helps a restaurant. At PAI Northern Thai Kitchen, Jacobs says the feature has saved labor costs because it cuts down on the need to have a reservationist available to make and answer calls. Instead of having a team member confirm reservations over the phone, it can be done in a direct message. If a guest messages to say they’re sick and not able to make it, you can easily navigate between the message and canceling the reservation in the app.

Direct messaging can also result in better preparation and smoother shifts. Some of those unanswered phone calls might have included info a restaurant needs to hum along efficiently or knock service out of the park.

Now guests can use direct messages to give a heads up that a marriage proposal is about to go down in your restaurant. If a couple celebrating an anniversary wants to sit at the exact table where they had their first date, it’s better to get a direct message in advance than deal with that request when they walk in the door. If a gluten-averse guest is coming and sends a quick direct message in advance, the kitchen has time to prepare instead of making up a special dish on the fly. And even if they don’t mention their dietary restrictions, you can easily navigate between a message and a guest profile so you’ll know these key facts at a glance.

These details sometimes fall through the cracks when diners don’t want to make a phone call or they give up after calls go unanswered. With direct messages, they don’t have to.

Little questions will always pop up for guests before their reservations. Direct messaging is the obvious way for these to get resolved quickly.

For better or worse, no one wants to make or receive phone calls. It’s been reported that 76% of millennials have full-blown “phone anxiety.” Given the choice between using the “Call Restaurant” option in the app or sending a direct message, 100% of people will choose messaging, according to our research.

In OpenTable’s beta testing, the assumption that people wanted to communicate directly with restaurants bore out: 75% of conversations were initiated by guests. And guests are eager to engage with restaurants this way. They respond to or read 95% of messages a restaurant sends them, according to our research. Of all direct messaging conversations in our research, 41.6% were two-way conversations. Other messages were a simple exchange of info that didn’t require a response from either side.

About half of the messages guests sent were about canceling, confirming, or modifying the reservation itself. Questions about tables and seating represented another 26%. The final quarter was miscellaneous, but details around special occasion planning and dietary preferences also came up regularly.

Direct messaging is fast and easy, but using templates instead of writing each message from scratch makes effective communication instant. Frequently used messages can be written once, saved as a template, and sent from the on with a couple of taps. You can create standard message templates to share policies or check in when guests are running late, for example. Create templates for any message you send regularly, and the time savings will add up.

Restaurants love this convenience. In fact, 85% of the restaurants who set templates up used them within the first month. “It is a life saver to manage these reservations a little easier, because I can communicate a lot faster with [guests],” says Mariza Sabino, general manager at Dirty Habit in San Francisco.

Direct messaging won’t solve every challenge of running a restaurant. But it will quiet down the ringing phone. People don’t need to call when they can connect with the way people prefer to communicate today. Best of all, it helps you and your team reclaim precious minutes in the day. 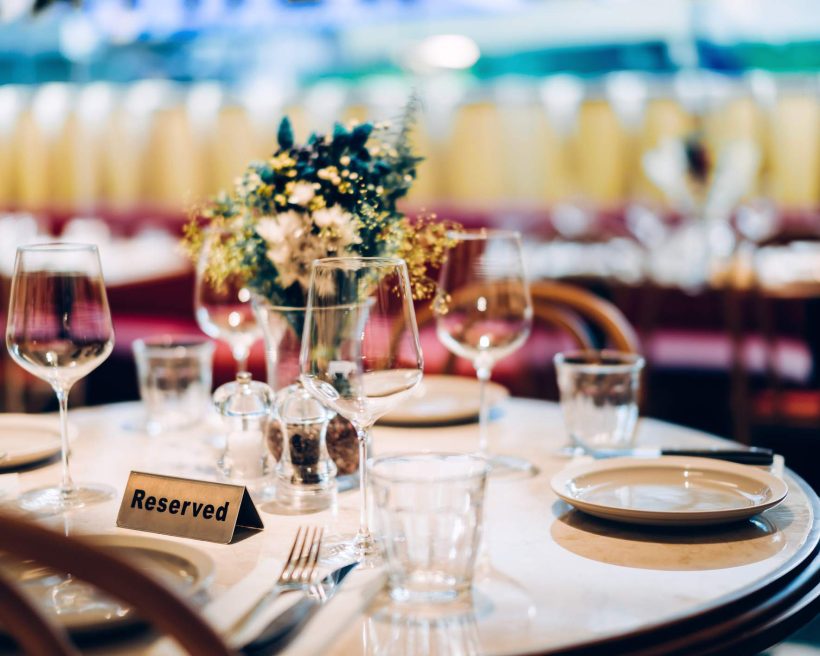 OpenTable constantly innovates to respond to restaurant needs. Here’s a look behind the scenes about how we built our deposits feature to help restaurants battle no-shows. 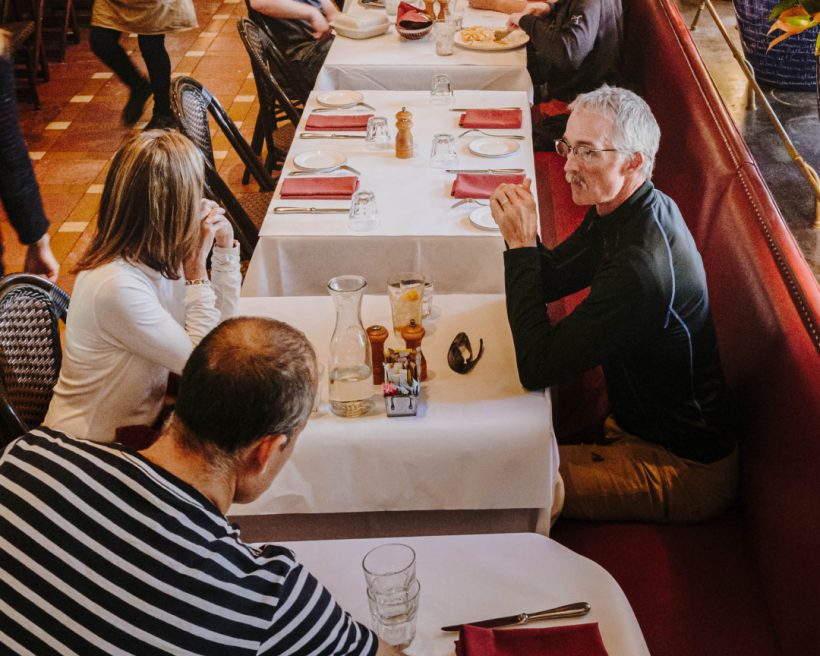 Get the ultimate New Year’s checklist to start the new year on the best foot possible. 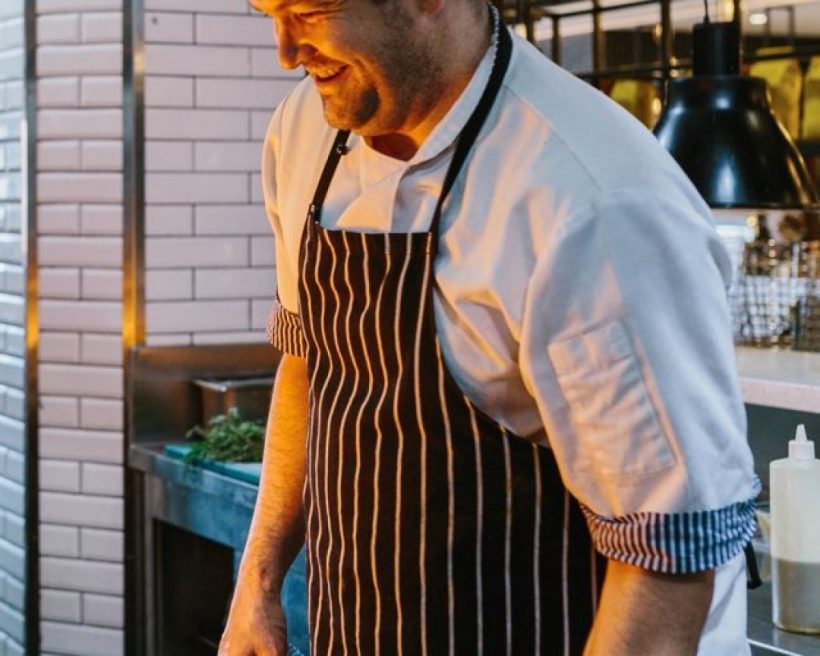 Bringing in the best and keeping them around: A guide to help you hire and retain restaurant employees

Get tips to guide you through the hiring process and keep employees.