5 Restaurant Trends You Need to Know This Year

You survived the rush of the holiday season, the craziness of New Year’s Eve, and now the health-focused months of January and February. But, now that the year’s off to a real start, it’s time to dig in and differentiate—how will your restaurant stand out this year?

The true value of trend reports isn’t just predictions but actionable ideas for innovation. Recently restaurant and hospitality consultants AF&Co released their annual hospitality trend report with the theme “Do the Right Thing!” and it came in at a whopping 63 pages. We spoke with Andrew Freeman, President and Founder and Katie Haggart, Consultant and Trendologist about five trend predictions in particular that have wide ranging applicability for restaurants.

Andrew Freeman (AF): “We are seeing a lot of interest in global cuisine and also the millennial community are on a constant quest for more information and have an openness to try new things. As we look to restaurants like Israeli restaurant Oren’s Hummus we are seeing new ways to try global cuisines including, in Israel they eat salad for breakfast. We’ve been talking to the Spanish restaurant Canela about doing a paella brunch, so they take what they are known for and add it to another meal.”

Katie Haggart (KH): “The trend is fueled by a desire to go on a culinary journey. At the Italian restaurant Poggio they’re doing panettone French toast, taking an ordinary breakfast experience and making it special.There are interesting new ways to try cultural traditions without getting on a plane.”

AF: “The bread trend is part of a larger trend — an amazing return to carbs. You don’t hear people talking about carb-free or low carb so much, carbs have made a lovely return to menus and with that bread has become more of a star on the menu than just the traditional bread basket. Since the bigger trend is people are eating carbs again it’s time to take advantage of that and to do a really cool bread program. I ate at Californios in mid year but to this day I remember the plantain bread with banana butter— it was served as a course. When you see the bread going out to every table with fancy butter people will want it.”

KH: In the Bay Area Tartine Manufactory has been leading the way and there is a lot of renewed interest in artisanal heirloom bread programs, but this past year restaurants are opening up around the country that have the same level of focus on the bread. Driftwood Oven in Pittsburgh has a bread share program delivering bread weekly to guests, Elle’s in DC has a focus on naturally fermented bread. Sour Duck Market in Austin named their sourdough starter and gave it a persona, that’s something we didn’t see before.

KH: “This started with the whole desire to go on a journey through food and the embracing of global cuisine. Not too long ago people thought of salads in a pretty straightforward way but now they’re getting a lot more interesting.”

“Exotic salads will continue to morph and become more popular and break outside of the category and be looked at more as an entree since they’re really interesting. One of the features that a lot of these salads have in common is that they are all about texture and variety and thinking outside the box of what a salad can be —they are satisfying, crunchy, they have all sorts of ingredients. They’re not a lonely side salad anymore.”

AF: ”Give people what they want! Just because a seafood salad is on the dinner menu at Ocean Prime doesn’t necessarily drive the check average down because not everyone is going to order it.”

AF: “Tea provides another possible “wow moment” and also an opportunity to say goodbye in a way that people are really going to remember. At Indian restaurant Rooh they have really interesting tea-based cocktails, and they have someone who specializes in tea who can come over to your table and can take you through the menu to find something that matches your tastes and your mood.”

KH: “Mushroom tea is huge right now as well as turmeric tea. It’s being recognized for how it can be paired with food, how it’s a great non-alcoholic option and has fabulous health properties. You can create a very special experience for the guest with tea.”

AF: Do it in a way that’s going to be memorable, that’s going to get people to want to come to your restaurant. I was at Acacia House last week and I wasn’t feeling great and the server came over and the server said I think I have the tea that’s just right for you—she sold me on it. It’s another opportunity if you can get an up-sell on a tea because if a great server says  “have you thought about having tea because it facilitates digestion or helps you sleep” it’s going to be hard for people to say no.

#5 Play with Your food

AH: “This is a “surprise and delight” moment for guests who want to be entertained. We’re not recommending it for every restaurant but in certain concepts if you have a lull between lunch and dinner you might be able to introduce a fun happy hour with a game element, or a trivia night or Scrabble because people want to socialize. It’s okay to laugh, we’re not temples of food, we’re just creating good experiences for people and you can have a little fun with your guests. Canela is doing a partnership with Avenue Q and they’re placing puppets in the restaurant sitting at a table and they’re doing an “after the show” dinner special with a menu inspired by Avenue Q. It’s just a great opportunity for partnership because the play promotes the restaurant and the restaurant promotes the play. One Market has had a long-standing relationship with Billy Philadelphia who plays piano nightly and it’s definitely part of the experience of going to that restaurant.”

KH: “You can have a lot of fun but it has to be on concept or it’s not going to work. There are roving magicians and fortune tellers at Curio, but that wouldn’t work everywhere. The restaurant Zauo in New York has a fish tank where you can fish for your dinner, it’s fun and it helps reinforce their concept.  At Tosca we just introduced Sunday Social Club and it’s an opportunity to partner with an arts organization. They’re partnering with the San Francisco Opera and the opera is providing performers. They do two sets during dinner and the opera singer might do jazz or show tunes, not just opera.” 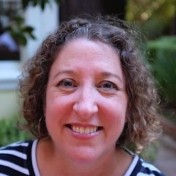 « Previous
5 Tips & Tricks for Your Best Valentine’s Day Yet
Next »
New Documentary, A Fine Line, Explores the Challenges Faced by Women Chefs & Restaurateurs